What Is Diabetes??
Diabetes is a group of diseases that result in abnormal, elevated levels of sugar, or glucose, in the blood. When blood glucose levels are above normal for an extended period of time, over years, this can affect the health of the arteries as well as the organs they deliver blood to, such as the heart, brain, kidneys, and the retina of the eye. More immediate problems can also result from high blood sugar levels.

There are four basic categories of diabetes—type 1 diabetes, type 2 diabetes, prediabetes, and gestational diabetes. All forms have at least one thing in common: for whatever reason, the body is not able to process glucose as it should.

Sometimes this occurs when the pancreas does not produce enough insulin. This is the case in type 1 diabetes, where little of no insulin is produced. Alternatively, sometimes the body becomes resistant to the action of insulin, even thought your pancreas is making plenty of it. This can happen in type 2 diabetes. In fact, in type 2 diabetes you can have both things going on at the same time—the body is increasingly resistant to insulin and the body is increasingly unable to make enough insulin to meet the demand. Prediabetes refers to a person who is on the road to developing type 2 diabetes, but not quite there yet.

Type 2 diabetes is a chronic condition that affects the way the body processes glucose. It’s also associated with other abnormalities of your metabolism. Type 2 diabetes is more common than type 1 diabetes. Intensive lifestyle changes such as dieting, exercise, and shedding excess weight can help reverse the course of type 2 diabetes or delay its onset and progression.

Depending on the form of diabetes you have and the severity of the case, treatments will be different; however overall diabetes treatments include controlling your blood sugar through dieting, exercise, oral medicine, or insulin, as well as regular screening.

Some potential complications that can arise from diabetes, especially without proper control of blood glucose levels, include: 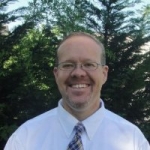 Tom Iarocci, MDAdvocate for people dealing with chronic disease and those in need of hope and healing. Areas of interest include diabetes, cancer and infectious disease. When not working, Dr. Iarocci enjoys spending time with family, being active in his faith, playing acoustic guitar, and gardening.Experience:Shortly after medical school, Dr. Iarocci began his career in medical research, writing and online communications at the American College of Radiology in Philadelphia, PA. He gained hands-on experience with clinical trials, and his contributions were acknowledged in the New England Journal of Medicine article, "Diagnostic Performance of Digital versus Film Mammography for Breast-Cancer Screening."Working with clients in the pharmaceutical industry, Dr. Iarocci developed a good understanding of how new drugs become FDA-approved medications, and he also gained a built-in way to stay current on the rapid changes in medicine and emerging therapies. Likewise, he enjoys working on continuing medical education programs, which puts him in touch with current insights from expert clinicians across the country.An independent medical writer/editor since 2007, Dr. Iarocci has authored and edited all types of health articles, as seen on sites such as WebMD, Medscape, MedPage Today, SymptomFind, Verywell, and MDLinx.Education:M.D. — University of Maryland School of Medicine in Baltimore M.S. — Department of Pathology at University of Maryland, Baltimore B.S. — College of William and Mary in Williamsburg, Virginia— “There is still the opportunity for healing, even when a cure seems out-of-reach.”